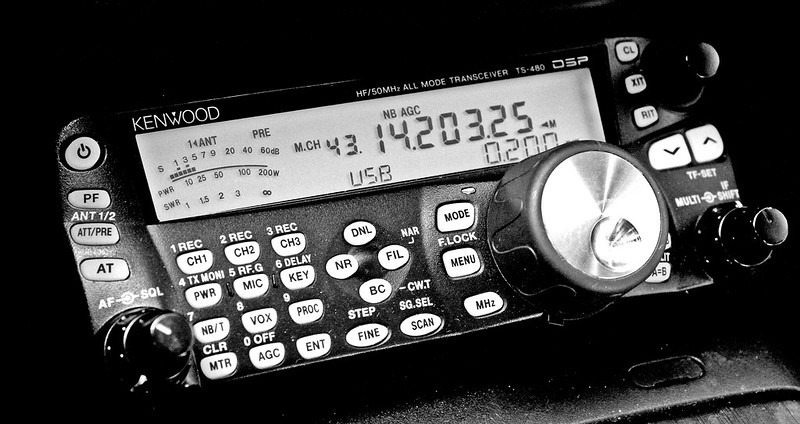 All You Need to Know About Ham Radios

Stuck in a disaster while mountaineering and lost mobile signals? Worried about a family member who has gone to some remote area and there has been no contact? Bored without a cell phone and want to talk to a friend? Bedridden and want to be a part of different discussion groups? Bubbling up with ideas and want to connect to people with similar ideas across the globe? A Ham Radio is the solution to all your problems. What is a ham radio? Yes, this article will answer all your questions regarding this handy technology.

A ham radio, also known as amateur radio, is a wireless device that is used for connecting with anyone around the globe. It needs no internet connection and the communication made by using a ham radio is absolutely free of cost. Yes, that is right. You can connect to people regionally as well as internationally anytime and that too without any monetary or spacial boundaries. In addition to that, you can even connect to someone in space!

Why Is It Called A Ham Radio?

Now, what does ham radio stands for? Over a century ago, a radio was known as wireless telegraphy and the professional telegraph operators used to call amateur operators ‘ham’. Ham was used as a derogatory term to refer to unskilled new operators. But that is not the only story that circulates around the origin of the term ‘ham’. Over the years, many false or unfounded stories have also been attributed to the origin of the word ham. For example, according to an account, the acronym HAM stands for the last names of the three radio giants namely Heinrich Rudolf Hertz, Edwin Armstrong, and Guglielmo Marconi respectively. Another account claims that a student, named Albert Hyman, of Harvard university fought and won a case in favor of amateur usage of ham radio. It is said that he saved the radio from going over to complete military control. He shared an amateur station with his two friends, Bob Almy, and Peggy Murray, by the name HAM (Hyman-Almy-Murray).

Now, you must be wondering, why use a ham radio instead of your mobile phone or laptop? Well, it may sound strange but according to the Federal Communications Commission, there were 750000licensed amateur operators in 2018 in the United States only. This clearly indicates the high utilization of ham radios even in the age of smartphones.

Let’s discuss the uses of a ham radio. Generally speaking, a ham radio can be used for emergency communication, normal communication, self-training, self-experimentation, and contesting in games and sports. Hence, the usage of a ham radio is quite flexible and fun. Like, many people use a ham radio as a hobby. It is used to have discussions involving people from around the globe. There are ample of ham radio clubs that host sports and fun activities. Moreover, many operators have set up personal ham radio stations to connect to the people around the globe. Most importantly, Ham radios have been extremely helpful during many catastrophic disasters. For example, during the 911, the mobile signals stopped working and it was ham radio that aided the agencies. To quote another example, in 2004, when the hurricane Frances hit the Bahamas, it was Ham radio that was used to communicate with the weather forecasters while mobile connections failed.

Who uses ham radio? To answer that, we will be referring to the previous paragraph. Ham radios are being used, surprisingly, by the people of all ages. Young people use it as a hobby or for various recreational purposes, old people (like veterans) use it to connect to their old friends and also as a reminder of their war years. Middle-aged people use it to organize events involving a variety of people from different parts of the world. Tourists and travelers use it when traveling to remote destinations in order to keep in touch with the world. Preppers use it for the pre-preparation of emergency situations. Law and order agencies use it to execute their tasks. All in all, people of all ages and from different walks of life can use a ham radio.

There are three types of Ham Radio

Ham Radios work over a large range of frequencies. Federal Communications Commission has authorized and allocated a large range of frequency bands (around 26 bands ranging from 1.8 MHz to 275 GHz) across the radio spectrum to be used by the amateurs. Ham radios use the bands that range above the AM to just above the Citizens Band (CB). These bands are also known as short-wave bands that, unlike FM radio bands of lower frequencies that cover a distance of 40 to 50 miles, bounce off the ionosphere and reach the receiver’s antennas.

In spite of all the advantages of using a Ham Radio, there are a couple of limitations too. First of all, a licence is required in order to be able to use a Ham Radio. The licence is issued by the Federal Communications Commission after conducting a test. The main reason behind this limitation is to prevent the cluttering of hams causing distraction during the execution of critical tasks. Secondly, there are three levels of licensing:

The “Technician” is the very first level and to get this license, you have to pass a test consisting of 35 questions. The “General” license is issued to those who have already passed the technician level test. With this license, a ham operator can use higher frequency bands as compared to the previous level. Similarly, the “Extra” level test obligates the operator to pass the General level test before taking the Extra level test.

The preparation of these tests is not difficult at all. The test samples and materials are easily available online to help you along the process.

Difference between a Ham Radio and CB Radio

What is a CB radio? A CB or Citizen’s Band radio is easily accessible to the general public because it is cheap and doesn’t require a license. It was quite in vogue back in the 1970s but then it got overcrowded and lost its quality and popularity. Nevertheless, it is still very popular among truckers.

Now, coming back to the differences, there are many differences between a Ham Radio and CB Radios. First of all, Ham Radios require a license whereas CB radios do not. Secondly, Ham Radios can use a various number of frequencies across the radio spectrum while CB Radio is restricted to only 27 MHz. Consequently, this restricts the usage of CB Radio. Contrary to that,  ham radios can be used for multiple purposes like satellite communication, high-speed data access, and so on. Thirdly, ham radios can transmit at 1.5kW of power while a CB radio is limited to transmitting at 5 watts only. For this reason, CB’s can reach only a couple of miles while a ham radio’s range can reach worldwide and even outer space. Lastly, ham radio operators can assemble, build, and rebuild their equipment while CB radio operators are not allowed to do so.

Which one is better, a Ham or a CB radio?  Well, it depends upon your usage. If you want to use a radio as a hobby, for recreational purposes, emergency situations, or to communicate all over the world, Ham radio is the right option for you because it has many flexible options. But, if you wish to connect with a person or to a group who has CB radio, or if you want to listen to the content that is conveyed in uncensored language then CB is the right option for you.

So, what are you waiting for? Invest as low as $45, $15 on the license examination test and $30 on buying a ham radio and get going with an extremely fun and potentially life-saving recreational hobby!

OldSchoolRadios.com is a participant in the Amazon Services LLC Associates Program, an affiliate advertising program designed to provide a means for sites to earn advertising fees by advertising and linking to Amazon.com.